Please Note: Since June 11 when this entry was posted, a great deal of additional research has brought new information to my attention. The $26.9 million addressed here comes from the City’s Budget Stabilization Reserve Fund. That fund holds all of the unspent budget surpluses from previous years. Therefore, not all of the $26.9 million represents a “new” surplus. But all of it does come from surplus funds that have accumulated in the reserve account, along with some interest that the fund has generated. Please see the more recent related blog entry here. Below you will see the original version of this posting.

This announcement may be the first-ever local news story to break first on AustinAffordability.com. I included a teaser in yesterday’s posting, but now I have the actual documentation. The City of Austin Financial Services Dept. is projecting a budget surplus for this year of $26.9 million!

The document linked about requires a brief bit of explanation. There are two ways that the City can calculate what we call a “budget surplus.” The most prudent approach is to multiply the General Fund requirements of $903,560,106 by 12%. That comes out to $108,427,213. The top three Wall Street rating agencies prefer that cities keep that 12% amount in their reserves. The total of Austin’s three reserve funds equals $135,352,153. Therefore, if you leave that 12% requirement in the reserves, the leftover surplus is $26,924,940.

There is a City Financial Services policy that allows up to 1/3 of the single Budget Stabilization Reserve Fund to be drawn down and appropriated. That amount in this case would be $28,891,885. But since that figures exceeds the surplus left after the 12% rule mentioned above is applied, it is best for us to assume that this year’s official City Budget surplus will be $26.9 million.

So, What Will Happen to This Huge Budget Windfall?

For each of the past two fiscal years, the City has announced budget surpluses of around $14 million. As this blog has pointed out, there is no set policy on whether or how to spend these surpluses. The previous City Council spent the entire surplus for FY 2014 in a few minutes with very little discussion and no public process. Last year, there was an organized effort by citizens, including this blogger to urge the Council not to spend the surplus. They complied with our request, and the money was kept in the reserves. However, appeals to the Council to use the surplus to hold down taxes or to offset a projected water rate increase failed. The surplus was allowed to become part of the spending pot for this year’s budget. The existing Financial Services “General Fund Financial Policy” and the City Council’s latest Budget Amendment Ordinance do not include taxpayer relief as an option for addressing surpluses. One of my reform proposals calls for much stronger taxpayer provisions, and public disclosure of periodic statements of budgeted vs. actual revenues and expenditures.

Now we find ourselves at the beginning of the new 2015 Summer Budget Marathon. Grab onto the rails and prepare yourself for a wild and bumpy ride! We still have time to try to influence the fate of the $26.9 million surplus. It cannot be used for recurring expenses that would depend on equal surpluses in future years. But there are plenty of one-time expenses that are fair game. Using the surplus for those would set up a tax-saving opportunity. However, there’s a catch. Those expenses would have to be ones that were planned in the budget before the full $26.9 million surplus was put into play. If the City created a wish list of new items to spend it on, then a tax cut would flutter away like a butterfly released from a jar. Our new City Council seems more inclined toward affordability than the last one, so let’s keep our fingers crossed.

What Can You Do to Prepare for the Ultimate Outcome?

You can write to the City Council using this single-click link to reach all 11 of them. In the meantime, I have three recommendations for cautionary tales that you might enjoy watching on YouTube or Netflix. Pretend that you as a taxpayer are among the main characters in each of these stories. All three of them start out on a very promising note.

1. Twilight Zone Episode: “The Man In the Bottle”

3. Movie: “The Treasure of the Sierra Madre” (Don’t read any spoilers)! 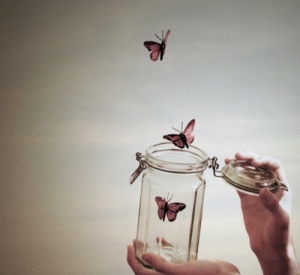