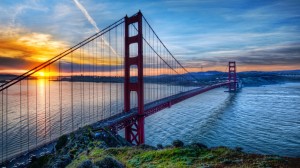 You can surely expect to find San Francisco on many historic lists of America’s most charming cities. But these days, the City By the Bay is in the throes of a major affordability crisis. That long ago dream popularized in the 1960’s by Tony Bennett with the words, “To be where little cable cars climb halfway to the stars,” today feels more like a nightmare to many longtime residents. If we think affordability is bad in Austin, which of course it is, then we need to look to San Francisco and ask if there is still time to keep things here from getting a whole lot worse.

The recent HBO documentary, “San Francisco 2.0” lays out the sad reality of a once diverse and progressive city falling victim to the encroachment of too much wealth and the perils of the economic divide. Here are a couple of snippets from the synopsis on HBO’s website:

“San Francisco has long enjoyed a reputation as the counterculture capital of America, attracting Bohemians, mavericks, progressives and activists. With the onset of the digital gold rush, young members of the tech elite are flocking to the West Coast to make their fortunes, and this new wealth is forcing San Francisco to reinvent itself. But as tech innovations lead America into the golden age of digital supremacy, is it changing the heart and soul of their adopted city?”

“Alexandra Pelosi (filmmaker) has always been proud of San Francisco, in particular its ‘long tradition of embracing nonconformity.’ She sets out to explore how the arrival of innovators – the so-called “IT invasion” – is reshaping its iconic neighborhoods and forging a tech paradise in the City by the Bay. Pelosi talks to a range of subjects, from ambitious trendsetters bringing an unprecedented wave of wealth, to the entrenched communities of artists and immigrants who are hoping to hold onto the place they call home.”

Then There Was the Recent New York Times Article

Early in March, the Times published an article entitled, “In San Francisco and Rooting for a Tech Comeuppance.” It’s not much of a stretch to think of similarities to Austin. These short excerpts explain it well:

“The consequences for people who do not make their living from technology are increasingly unpleasant. The city is bulging at the seams, adding about 10,000 people a year to a record 852,000 in 2014. A one-bedroom apartment goes for a median $3,500 a month, the highest in the nation.”

“Signs of distress are plentiful. The Fraternite Notre Dame’s soup kitchen was facing eviction after a rent increase of nearly 60 percent. (It was saved for a year after its plight received worldwide publicity). Two eviction-defense groups were evicted in favor of a start-up that intended to lease the space to other start-ups. The real estate site Redfin published a widely read blog post that said the number of teachers in San Francisco who could afford a house was exactly zero.”

“All the renters I know are living in fear,” said Derrick Tynan-Connolly, a teacher at a high school for pregnant teenagers and young mothers. “If your landlord dies, if your landlord sells the building…and you have to move, you’re gone. There’s no way you can afford to stay in San Francisco.”

San Francisco has even had their own short-term rental battle, only theirs came in the form of a referendum. The proposition, which would have placed some restrictions on Airbnb got crushed  under the weight of big money. There were 1,959 minutes of airtime opposing it, compared to only 16 minutes in support.

The Clock Is Ticking for Austin… 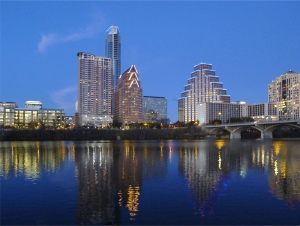 The best thing we can do as a community is stay informed and engage with our local officials. One thing that does not bode well for us is that we do not have California wages here. And we have a State government that seems hell-bent on continuing to rely on local property taxes to support schools. Not only that, the declining enrollment in AISD fueled by families with children fleeing the city is destined to get much worse. Portland school enrollment took a steep nosedive in the 1980’s when their boom cycle began pricing families out.

City officials are seeking public input for a new housing plan that is now being developed. You can check it out and see a schedule of public forums,  ATX Housing Community Conversations. Then please check out my recent blog posting, “Saving Austinites From Losing Their Homes – A Homeowner Retention Initiative.” And finally, we can look forward to the comprehensive affordability report to be released next month by the local nonprofit, Liveable City.

For some musical accompaniment to this blog posting, listen to “I Left My Heart In San Francisco” by Tony Bennett, 1962 and “San Francisco (Wear Some Flowers In Your Hair),” by Scott McKenzie, 1967.