The City of Austin and the Austin Independent School District (AISD) were both rocked to their foundations on Friday when the Texas Supreme Court handed down its decision on the State’s controversial Robin Hood school finance system. The Court ruled unanimously that the funding plan is constitutional under Texas law. That leaves Austin schools in a perilous financial dilemma. Under the Robin Hood formulas, Austin is forced to send more school property tax revenue back to the State than any other school district in Texas. For details on the devastating financial impact that the court decision will have on AISD, please see this excellent KXAN-TV News piece by reporters Kevin Kline, Calily Blen and Kylie McGivern.

As KXAN reported, the Texas Supreme Court did, however, stop short of endorsing the current school financing system. “Justice Eva Guzman delivered a concurring opinion stating the court calls for “transformational, top-to-bottom reforms” and that more work needs to be done regarding “economically disadvantaged students.” Following the announcement of the court’s decision, Austin State Representative, Celia Israel immediately declared that Governor Abbott should call a special session of the Legislature “so Texas can fully invest in its education system.” A special session is unlikely, however, since Governor Abbott issued a statement praising the Supreme Court ruling.

How Austin Schools Get the Royal Shaft

Former AISD school board president and Texas Senate candidate, Gina Hinojosa, labeled the court decision “a punch in the gut.” The numbers show that AISD taxpayers will soon be headed for a world of hurt in proportions that I can only describe as a nightmare scenario. Unless some adequate reforms are hammered out between now and January when the Legislature meets for the next regular session. Do not continue reading this blog post if you have any stomach issues or anxiety problems. AISD’s current funding requirement from local taxpayers to be sent back to the State under Robin Hood in 2015 was $181 million. Projections indicate that by 2018 that number would skyrocket to $445 million. Who amongst your neighbors and friends could sustain that kind of hit to their wallets in increased property taxes? 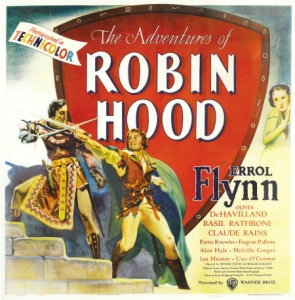 The City Has Proposed a Tax Swap With AISD

Some on the Austin City Council have proposed letting Austin taxpayers pay for certain social programs currently funded by AISD. But as I mentioned on this blog, such a plan would have serious unintended consequences. Seniors aged 65 and over have their school taxes frozen under Texas law. The City’s tax-swap proposal would need to include carefully prescribed adjustments in order to avoid penalizing seniors.

Currently the State shifts funds from property-rich school districts to property-poor school districts, based upon the taxable value of each school district’s total property tax base. Because of Austin’s huge annual spikes in tax appraisals, we get the biggest share of Robin Hood payments required to be sent back to the State each year. My reform proposal calls for designating the “wealthy” and “poor” areas at the local school board voting district level, rather than ranking each whole school district against every other whole district.

Approximately 60% of AISD students live in poverty and receive free or reduced price school lunches. Under my proposal, the Robin Hood funds would only be collected from the richest school board voting districts across the state. Then those funds would be redistributed  to the poorest of those school board voting districts. We all know that school funding formulas can be crazy and ridiculously complicated. So, I see my proposal as a discussion starting point. Let’s see if our local and State officials can work with it and other reform strategies to fund Texas schools in a much more equitable manner. Otherwise, the current system will send AISD taxpayers completely over the cliff that they already perched upon. 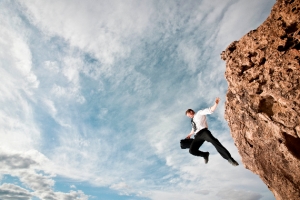