While you and your neighbors were freezing in the dark for several days in February, you probably wondered if you could trust the “powers that be” to straighten out the big, ugly mess. Fast forward to Friday March 5. We learned that ERCOT, the team that manages the Texas power grid, kept the maximum price allowable for electricity for 32 hours past the end of the storm. So, for a day and a half, Texas electric utilities were overcharged to the tune of $16 billion. During the full period of the maximum pricing, including the overcharge period, utilities were charged $9.00 per kilowatt hour. That is 75 times the normal winter rate, according to NPR News.

How much do Texas ratepayers stand to lose in this shameful debacle?

Here’s the simple math. This is based on very rough averages, but it will give you the basic perspective:

Surely, the Texas Public Utility Commission would order those overcharges to be paid back. Right?

On Friday March 5, Mr. Arthur D’Andrea, the new PUC Chair, who just replaced the ousted former Chair, tried to explain their decision NOT to correct the overcharges. “It’s just nearly impossible to unscramble this sort of egg,” he proclaimed. Then he did an artful Texas two-step to dance around the issue. In doing so, he left a big boatload of unanswered questions:

The biggest question – Why do we have such a screwball system? A convenience store owner could face civil penalties up to $10,000 per violation for price gouging. And yet the electric power suppliers get away with it. A bunch of fat cats are now laughing all the way to the bank! For the wonks among you, here’s the scoop on how ERCOT works. This article is from April, 2019. The warning signs were flashing, as they have been for a very long time.

So they gathered his innards and tossed ’em in a bowl

And scrambled him up, unaware of the toll

Those buffoons just couldn’t get anything right

They overcharged Texans by $16 billion

How’s that for relief from the freeze and the chillin’?

You can’t unscramble this sort of egg

Said the PUC Chairman – was he pulling our leg?

The Texans I know are smart and tough

We won’t put up with that kind of guff

Is no way to run the Lone Star State!

Humpty Dumpty will not be forgotten

By now the poor fellow is probably rotten

There’s a big hill to climb, but it must be surmounted

Anyone who reads this should contact their State Representative’s office and their State Senator to ask for an end to the insanity surrounding our electric power grid and the lack of common-sense regulations. 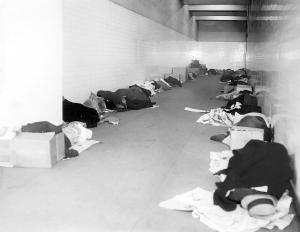 Check out this amazing, but unverified YouTube video on how to  unscramble an egg.

A Blast From My Past

My days of consumer activism began in the 1980’s. As a member of Austin’s Electric Utility Commission, I fought many electric rate battles. Here is one of my letters to the editor in the Austin American-Statesman. The last line became my slogan:

Isn’t it interesting how many words in the English language have more than one meaning? Take, for example the, word “bill.”  Birds have bills. The Legislature passes bills. Entertainers are listed on bills. But the worst kind of bill is the kind you have to pay, like an Austin electric bill. Well, I have a very simple message. My name is Bill, and I would like to lower yours.

Musical accompaniment for this blog piece: