My mother always told me not to refreeze anything in the refrigerator, after it has been frozen once. But that does not apply to our currently frozen over-65 and disabled school property taxes. 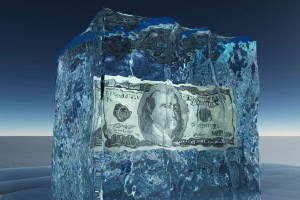 We have one adventurous news hound in Austin to thank for chasing down this winding tale of a story. I tip my hat to Bridget Grumet at the Austin American-Statesman. This will make you want to follow her reporting every week. 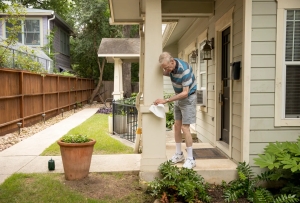 The vast majority of voters in the May 7 election — nearly 87% — decided to lower the tax bills for homeowners who are disabled or over 65. But do you understand exactly how we just changed the school property tax freeze that has been a financial lifeline for about 2 million Texas households?

Don’t feel bad. I didn’t know the mechanics of it, either. Nor did Bill Oakey, a retired accountant and longtime taxpayer activist who runs the blog at AustinAffordability.com.

“Will our school taxes be reset back to the dollar amount that we paid in 2019? And then refrozen at that amount?” Oakey asked me a few days after voters approved Proposition 1. “Or will they be refrozen at whatever dollar amount they’re at in 2023?”

Actually, none of the above.

I promise you, this is a good news story for taxpayers. And I’ll do my best to keep the math digestible. But I figured if someone as plugged in as Oakey didn’t understand how Prop 1 worked, we could all use a fuller explanation.

Tax freeze was ‘a miracle’

For decades, as soon as a Texan got the special homestead exemption for older or disabled homeowners, that person’s school property taxes were frozen at that year’s amount. The school portion of their bill couldn’t go above that ceiling in future years, although it could be lower. (Notably, the freeze doesn’t apply to city or county taxes.)

The school portion of my property tax bill has shot up more than $700 over the past five years, so I can imagine what it means for older adults on fixed incomes to know they’re shielded from those kinds of costly spikes over the long term.

“Everybody I know that lives in Austin now, including me, probably wouldn’t be able to stay here if not for the over-65 tax freeze,” Oakey, 74, told me. “It was just a miracle it was on the books.”

But the freeze became an impediment of sorts in 2019, when the Legislature passed House Bill 3. The massive school finance reform package included a complicated plan to “compress” the school property tax rates, reining in the surging bills for homeowners like me.

That didn’t do much for older or disabled homeowners, though, because their bills were already frozen.

How low can it go?

Prop 1, the measure Texas voters approved this month, aims to bring some relief to that group of homeowners. But I must warn you, this is not the kind of thing you can calculate yourself.

Next year, tax collectors’ offices will unfreeze the school property tax bills for seniors and disabled homeowners, then recalculate by factoring in the compression rates for 2019, 2020, 2021, 2022 and 2023. That will be the catch-up year for those homeowners, getting the benefit of several years’ worth of reduced rates that the rest of us already got.

As a result, the 2023 tax bill for older and disabled homeowners will be lower than their previous “frozen” amount. Then, under Prop 1, that lower amount becomes the new ceiling.

In 2024, and each year after that, the bill is once again unfrozen and recalculated, using the latest year’s compression rate, which is provided by the Texas Education Agency. In a worst-case scenario, if we hit a recession, the school property tax bill would stay the same as the year before. But most of the time, Clark said, the bill should drop a little more each year.

And each year, the lower amount becomes the new ceiling.

It’s like older and disabled homeowners are trading their tax ceiling for a limbo stick.

I should also note: As property owners pay less, the state is kicking in more dollars to ensure school districts don’t lose funding. The state dollars come from the general revenue pot that includes sales tax, taxes on the production of oil and natural gas, and other tax streams.

That infusion of state dollars is long overdue. For years, the state had reduced its contribution to school budgets because soaring property values led to higher property tax collections from the local districts. But, as any homeowner who has paid those bills knows, the rising burden on local taxpayers was unsustainable.

Making sense of your bill

You might have heard that under Prop 1, older adults on average will save $110 in 2023. Where did that figure come from?

Clark told me that Prop 1 will bring an estimated $220 million drop in school property tax collections from older and disabled homeowners that first year. Divide that by the 2 million Texans who get those particular homestead exemptions, and you arrive at $110.

Using similar back-of-the-envelope math, the state projects an additional $125 savings for those homeowners in 2024.

In reality, each senior or disabled homeowner has specific factors — how long they’ve had the tax freeze, what’s happening to home values in their area, what the compression rate for their district is — that make it impossible to guesstimate what Prop 1 will mean for their specific tax bill. 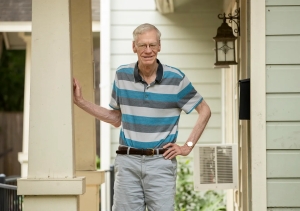 Even local tax officials are still wrapping their heads around Prop 1. They’ll also have to factor in the other measure voters approved May 7, an increase to the general homestead exemption for all Texans.

Instead of knocking $25,000 off the value of a home when calculating school property taxes, Proposition 2 knocks off $40,000. (Older and disabled residents already get an extra $10,000 exemption on top of the general one for all homeowners.) Depending on how low their already-frozen bill is, however, older and disabled homeowners might not notice much of a difference from the higher homestead exemption under Prop 2.

Officials in Travis County, where nearly 75,000 people have the older adult or disabled person’s homestead exemption, expect to compare notes with other tax collectors and work with their software vendors to figure out the best way to calculate the bills.

Then it will be a matter of helping homeowners understand their 2023 bills, though I’m guessing most taxpayers will be satisfied with the bottom line.

“Usually people are pretty happy when their tax ceiling goes down, as long as they know it’s not an error,” Tiffany Seward, spokeswoman for the Travis County Tax Assessor-Collector’s Office, told me.

And that was pretty much the case when I relayed all of this to Oakey. The math was more complicated than either of us expected. But given the rising cost of living, and the fact that retired teachers and retired state employees haven’t seen a cost-of-living adjustment in roughly two decades, Oakey welcomed the tax break.

“I’m very happy to hear they’ve done this,” he said, “because seniors are losing ground.”

Grumet is the Statesman’s Metro columnist. Her column, ATX in Context, contains her opinions. Share yours via email at bgrumet@statesman.com or via Twitter at @bgrumet. Find her previous work at statesman.com/news/columns.

Musical Accompaniment for This Blog Posting: