We are now witnessing the worst wildfires, heatwaves, drought, severe flooding and strongest hurricanes than ever before, worldwide. But electric utilities are stifling progress, with outdated business models, and plans that would slow the transition to customer-based solar. This blog piece is dedicated to everyone out there who cares passionately about meeting climate change goals.

That is a dangerous question to even ask. If we travel down that road, we will seriously jeopardize our chances of saving the planet. Ratepayers who can’t afford solar are eligible for a host of other energy-efficiency programs. Major utilities from Austin to California have fallen into the “subsidy” trap. Their conventional thinking is couched in terms of dollars. How do the dollars flow up, down and around the customers – between customer classes, and within customer classes? Austin Energy has a Value of Solar buyback program, that could be weakened in the current rate case. “Value,” when placed next to “solar” deserves a much broader perspective than just the dollar impact on energy sales. Subsidization should be taken out of the equation.

In the 1950’s, when Elvis Presley first started swiveling his hips, it made good sense for utilities to think of rate setting strictly in terms of dollars. Ratemaking, like sausage-making could be reduced to a simple, defined recipe. Jimmy Dean found that out, when he left the music business to become a sausage king. But today, we cannot afford conventional thinking about the value of solar. Not if we care about mitigating climate change! 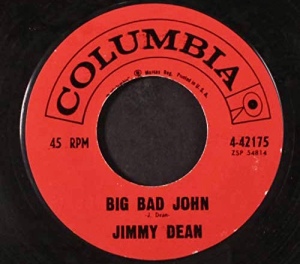 How Do “Subsidies” Creep Into Austin Energy’s Solar Planning?

It’s not a pretty picture. Prior to our current rate case, Austin Energy hired a firm, NextGen Strategies and Solutions, to evaluate their current Value of Solar payment structure, and recommend potential improvements. Here is a quote from that report, following their statement that there are two options available:

“To be clear, either approach if conducted in a transparent and well‐informed manner may be acceptable and appropriate for Austin Energy. However, to the extent the amount paid to customers through VOS credits exceeds the direct economic savings to Austin Energy, the VOS credit will result in non‐PV customers subsidizing PV customers. Further, to the extent a subsidy exists, as PV penetration increases, so shall the subsidy. At some point the subsidy may reach a magnitude that is not acceptable to policymakers. In recognition of this situation, it may be helpful for Austin Energy to consider the following policy questions:

There are subsidies throughout our economic system. Austinites who pay property taxes subsidize big corporations, who get tens of millions in tax abatements – for the privilege of creating high tech jobs. This has touched off waves of income inequality, massive gentrification and an affordability crisis. Where is the “Strategies Inc.” report to address that problem?

Austin Energy hasn’t explicitly stated that substantial fee increases to reduce the subsidy effect are factored into their future solar planning. But it’s on their radar. And, their proposed rate plan calls for evaluating the Value of Solar calculation every year. If customers begin to see a weakening of the credits, they may not want to wait long enough for a solar investment to break even. Solar contractors try to help new customers figure out their break even timeframe.

The Perils of the Community Benefits Charge

Austin Energy wants to move the service charge for energy efficiency programs, including solar, to the “Community Benefits Charge.” We can see a complex web of cross-subsidization with that. But there’s a much bigger problem. I like to think in terms of getting from Point A to Point B. At Point B, perhaps 15% of Austin homes and businesses will have solar panels and battery storage. Then add modern home generators, to get through power outages. We could call 20% saturation Point C, and so on. That would push the customer benefits charge to unsustainable levels. Austin Energy could not hope to recover all their lost electricity sales through fixed monthly customer charges and reduced solar benefits. Or a parade of base rate increases. I’ll say it again – Old business models won’t work forever. Utilities will need to adapt, and learn to “grow backwards.” Centralized electric utilities will gradually shrink.

”Utilities are attempting to restructure electricity bills so that more of each bill is made up of these charges. These fees directly affect how much of your bill you can reduce through solar generation, efficiency upgrades, and conservation. They discourage efficiency and limit homeowners’ ability to save money by producing a portion of their own power through solar. Some utilities propose to more than double the fixed charges for ratepayers.”

This looms over the surfers at California beaches and throughout that state. Check out this alarming message from a California pro-solar organization:

“Previously, the California Public Utilities Commission released its proposed decision on December 13th, 2021. The proposal contains provisions that (among other things) reduce compensation for solar energy sent to the grid, add new monthly fees to the electricity bills of future solar owners, and reduce the amount of time people on Net Energy Metering (NEM) 1.0 and NEM 2.0 can receive bill credits under those programs.”

Wow! This is California, where climate change has unleashed the worst wildfires, chronic severe drought and a devastating summer heatwave. Fortunately, their Public Utilities Commission has since voted to put that proposal on ice for one year. The plan would slash solar benefits by as much as 80%. Perceived “unfair subsidies” are one of the driving forces behind it. Understandably, climate change activists are all riled up. And, hey, think about this. It’s not totally about the subsidies. Utilities will sell more carbon-generated electricity, and make more money when they reduce solar benefits. (Duh)!

A Stalled Proposal and a Hopeful Parting Note

The rate case explains why one of my proposals hit a brick wall. I wanted Austin to lead the nation in a push to put solar panels on big-box retail stores. The idea came from a wonderful study as reported by CNN. It outlines the huge carbon reduction gains that we would see if all big-box retailers and shopping malls nationwide built solar rooftops. City Council Member, Ann Kitchen told me in two meetings this spring that she would seek a response from Austin Energy about my proposal. I’ve heard nothing about it since. So, now the challenge is to stop Austin Energy and other utilities from reducing solar benefits.

Let’s support the environmentalists’ call for a comprehensive study of best practices, to craft a new Value of Solar policy. It needs to put climate change front and center. Let’s try to steer Austin Energy in a positive direction, away from the nostalgic 50’s and 60’s, and into a climate-conscious future. My next blog piece may inspire some hope. New utility business models are being developed. I will explore them with two fascinating published reports.

Check out these related blog pieces:

1. ”Surfin’ U.S.A.” – The Beach Boys
2. ”California Dreaming” – The Mamas and the Papas. (Original album photo, before the toilet was covered up. The grammatically incorrect apostrophes were not removed)
3. “California Sun” – The Rivieras
4. “San Francisco (Be Sure To Wear Flowers In Your Hair)” – Scott McKenzie
5. ”All Shook Up” – Elvis Presley
6. ”Big Bad John” – Jimmy Dean, 1961 #1 hit, original uncensored version, with “hell” at the end
7. ”Big Bad John” – Jimmy Dean, clean version