Just days ago, Austin Energy dropped a big bombshell on the City Council.  All summer long, the utility has been paying out big bucks to cover sky-high high fuel costs. These were caused by the worldwide spike in the cost of natural gas, combined with the artificially high capped prices for gas that the Texas Legislature set for gas sold through the ERCOT grid market. In addition, our utility has been paying for their share of higher charges to help fortify the power grid.

Austin Energy Has Racked Up $796 Million In Unrecovered Costs

Most utilities throughout Texas have already been passing those higher costs on to their customers, through monthly charges on their electric bills. But Austin Energy dug themselves into a big financial hole. They relied on their usual practice of only adjusting the fuel and regulatory customer charges once per year. Our moment of reckoning will come at one minute past midnight on Halloween night – unless the City can pull a rabbit out of a hat.

Heads Are Rolling at City Hall

The proposed 71% increase in the monthly Power Supply Adjustment Charge and its companion 24% hike in the Regulatory Charge have heads rolling and emotions reeling at City Hall. The City Council was asked to vote on it, with no public input and only a few days’ notice. The new target date for action is next Thursday. As this blog pointed out, the electric bill impact, when projected onto summer bills, will be higher than the base rate increase that has been under City review since April. And, I predicted the fuel-related rate shock back on July 21st.

Now, the City Council is scrambling to try to find an alternate solution. Austin Energy brought this problem on themselves. There is no law that says they have to wait each year until November to reset those pass-through charges. But that’s where we are right now. According to the American-Statesman, the utility has enough cash on hand to last just 120 days, which is 30 days less than usual. The implications are wide-ranging, and quite intriguing on a number of levels.

At last week’s City Council work session, Austin Energy floated the option of phasing in the higher pass-through charges over a longer period of time. But the utility said it does not have the cash to cover that option. They would “need assistance from the City.” Of course, we know that the City gets its money from the taxpayers – you and me. And the little matter of that other base rate increase still has to be sorted out.

I have repeatedly called for the City Council to utilize the numerous revenue opportunities identified by the rate case participants to wipe out that base rate increase. I have recommended a10-step plan for the City Council to change the timing of adjusting pass-through charges, eliminating the base rate increase, and moving Austin Energy toward a modern, conservation-based business model.

Austin Businesses Are Up In Arms Over The New Price Hikes

If you think you and your neighbors might have trouble paying these higher bills, just take a look at some of the numbers quoted by the business community. These only count the new pass-through charges, without the potential base rate increase. The American-Statesman has reported that convenience stores and small restaurants would pay about $455 more per month, or $5,500 more per year. Department stores and small hotels would pay $1,800 more per month, or $22,000 more per year. Large industrial users, like semiconductor manufacturers, could see increased costs into the millions of dollars. All of the business organizations have called for a delay in the fee increases, and some sort of phased-in approach. But Aladdin’s lamp would probably be needed to conjure up the money for that.

What Will Become of the Windfall Summer Heatwave Revenues?

One of my biggest fears is that those will be very quietly swept under the rug. Few people besides me are even talking about that subject. Those whom I have asked to raise the issue to Austin Energy have been given vague answers, accompanied by fuzzy math. I’ve heard statements like, “It costs a lot to generate all that extra energy.” Well, yes, but when every customer in the system generates record volumes of sales, the base revenue that rolls in from historic triple-digit temperatures would have to be extraordinary. So, again I ask, what will become of that huge un-budgeted surplus? See this blog piece and this one for more details.

It is tempting to take an educated guess. Austin Energy is cash-strapped right now, because of the $796 million hole from not collecting the pass-through fuel and regulatory charges. The summer base revenue surplus might well be used to help plug that hole. Then sometime next year, after the customers pay back all the pass-through charges, the summer base revenue surplus will bubble back up to the surface. Then, it could sit comfortably in the budget – without anyone in the community remembering that it existed. I just can’t help wondering if that’s the plan… 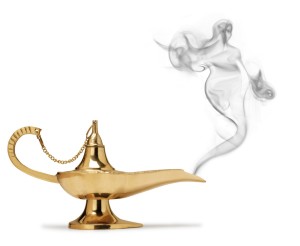