For the past few months I have been working with AISD and other interested parties on a proposal to reform the Texas school finance system. The current “Robin Hood” system that recaptures funds from “property rich” school districts and distributes those funds to “property poor” school districts is badly flawed. The Texas Supreme Court acknowledged that fact, even while issuing its ruling that the controversial funding plan is legal under the Texas Constitution.

My original reform proposal served a valid purpose in starting a conversation with AISD  officials. I never expected to hit the ball out of the park on the firs try. But thanks to the gracious help, encouragement and input from Kendall Pace, President of the AISD Board of Trustees, I now have a revised proposal that is ready to present to the Texas Legislature.

Without some type of meaningful reform, the Austin Independent School District stands to lose hundreds of millions of dollars over the coming years. One estimate shows that AISD’s recapture payment to the State would skyrocket from $181 million to $445 million over a three-year period. Our community simply cannot sustain that level of accelerating financial loss. Austin pays more into the “Robin Hood” system than any other school district in the entire state.

Here Is the Revised Proposal

1. Keep the existing geographic boundaries for calculating the “property rich” and “property poor” school districts across the state.

3. The State could set up a clear and fair method for calculating an offset for the students within the “property rich” districts who qualify as living in poverty. This offset could be subtracted from the recapture amount that the school district sends back to the State.

4. The offset could be as simple as a fixed dollar amount per student classified as living in poverty.

5. If there are easily definable variables that should be applied to the per-student-in-poverty calculation, those could be factored into the funding formula.

6. Conversely, if there are students living above the poverty line in the school districts classified as primarily “property poor,” then another offset could be applied to equalize the funding formula for those districts.

The purpose of this proposal is to build more equity into the recapture and redistribution system. There is probably no method available that everyone would characterize as perfect. Historically, the Texas school finance system has been viewed by many as overly complicated. Battles have been fought on the floor of both houses in the Legislature and in the State court system for far too long. Others who understand school finance much better than I may find ways to improve my proposal, or perhaps consider another plan that works better. But here’s hoping that Austin students and teachers, as well as our local taxpayers will emerge from the upcoming Legislative session with a much better system than we have today.

Before I leave this reform discussion, let me put the issue into a human perspective that I hope everyone reading this will appreciate. I do not have any children in the Austin schools. But my sister and my nephew have both worked as teachers, and my uncle Joe Oakey was the Commissioner of Education for the State of Vermont. My heart and my spirits were uplifted on the evening of this past May 23rd. On that date, I went to the AISD board meeting to speak during Public Communications. This happened to be the occasion for a large number of students to receive their annual achievement awards. I have a permanent memory of the smiles from those students and the proud looks on their parents’ faces.

Before the meeting, we all stood and recited the Pledge of Allegiance to the flag. For a few brief moments, I remembered what it was like to be a kid in school once again. We should all keep in mind that school funding is not just about courts, judges, Legislators and piles of papers and statistics. None of us would have any of the skills and talents that we try to use today unless the people who came before us really cared about the value of a good education. Let’s all try to come together and make the same thing happen for future generations of children in Texas. 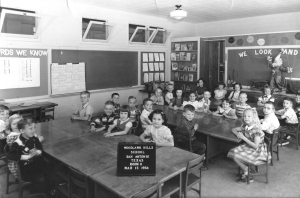