Almost every day, news reports pop up with a different twist on the confusing numbers. How much did ERCOT really overcharge Texas electric utilities? First, we heard the staggering figure of $16 billion. This amount came from Potomac Economics, who monitors ERCOT’s market functions. As I noted previously, $16 billion works out to roughly $552.00 for every man, woman and child in Texas.

Before the ink was even dry on the newsprint, you could hear the whimpers and the hollers. City officials squawked, utility companies balked. Suddenly, that $16 billion figure began to morph into something much smaller. All sorts of numbers were tossed around. If you mix hard numbers with politics and powerful special interests, they become soft and squishy. Like something you would not like to feel between your toes, while stepping through a cow pasture.

Let’s Make Our Way Through the ERCOT Shuffle

Everybody pick a partner and form a circle. But please stay 6 feet apart, and keep your masks on.

1. We are told that ERCOT overcharged customers by $16 billion – after the storm was over.(Shuffle to the left and swing your arms around. Keep the circle moving clockwise).

2. The Public Utility Commission doesn’t initially deny the number, but refuses to order ERCOT to fix the errors – It would only create winners and losers. It’s too hard to “unscramble the egg.” (Shuffle to the right, take two steps, and kick your left foot forward).

3. Lt. Gov. Dan Patrick calls on ERCOT to repay the $16 billion, plus additional overcharges billed above the approved maximum rate. He cites RRCOT’s own regulations. (Clap your hands and wiggle your hips. Then continue shuffling clockwise).

4. ERCOT’s monitor announces that only $5.1 billion needs to be refunded to consumers – later revised again to $4.something billion. The rest has already been settled with large providers. The PUC Chair claims that the remaining amount is not really an error, and blames it on a formula. (Shuffle sideways to the other side of the circle, and choose a new partner).

5. The PUC Chair tells the Lt. Gov. and a Senate committee that it would be illegal to change any of ERCOT’s billings, and stands by his assertion that the overcharges were not errors. (Face the center of the circle. Turn your backsides outward, and bend forward to your waist).

6. The Texas Senate votes in record time to order that the overcharges be repaid. But the House leadership slams on the brakes and hesitates. Big business leaders urge the State not to “meddle” with prices that were previously set. That translates to “We’re happy with the winners. To hell with the losers.” (That’s all the time for dancin, folks. Now, y’all come back and see us real soon, ya hear?) 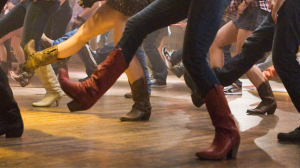 The Drama Will Shift to the Courtroom

Regardless of what the State does, this big mess is headed for months, and possibly years of litigation. The cities of San Antonio and Denton have filed lawsuits, along with multiple private utilities. The Legislature should take some action soon to clarify the whole confusing situation. Somebody besides a court judge should tell us whether the big “settled” chunk of the $16 billion was settled accurately and fairly.

Of course, they should order ERCOT to pay back the remaining overcharges. Failing that, they could ask ERCOT’s independent monitor to assist in identifying who now has the unsettled money that was collected in error. Then, the State should pass legislation to retrieve that money and place it in an escrow account. That way, the courts will know that the money is really available to award to the parties that win the various lawsuits.

Will the Public Ever Have Confidence In Such a Crazy, Convoluted System?

Probably not, unless our State leadership is willing to ensure that we are given all the facts. They also need to establish clear guidelines on how ERCOT handles electricity pricing going forward. We are just one polar vortex away from another severe winter storm. But just leaving ERCOT to continue legalized price gouging is not a workable solution. The February storm and exorbitant pricing caused extraordinary financial harm to cities, businesses and citizens throughout the state. We need a whole new electricity pricing model that better reflects the actual cost of delivering the power, with nothing more than a reasonable amount of profit.